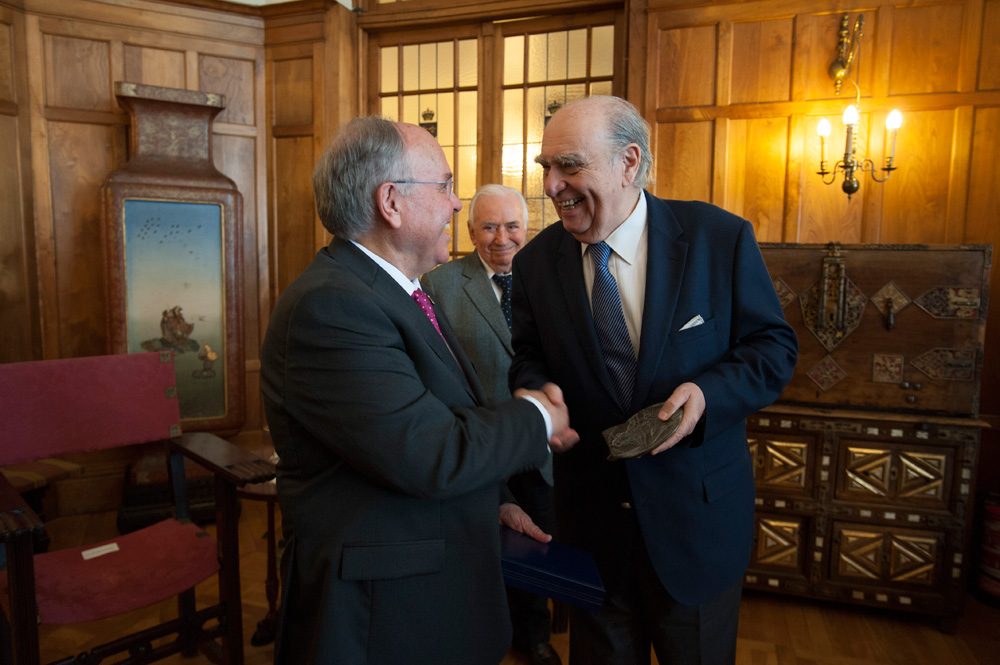 In 2013 UIMP awarded the University Medal of Honour to Julio Maria Sanguinetti Coirolo for his expansive political career in the Republic of Uruguay. His career has been dedicated to serving the citizens and inspired by the defence and promotion of democratic values, which led him to the role of minister and subsequently to that of president. With this distinction, the University acknowledges his exceptional merits and demonstrates the appreciation for Mr Sanguinetti’s friendship with and connection to the institution.